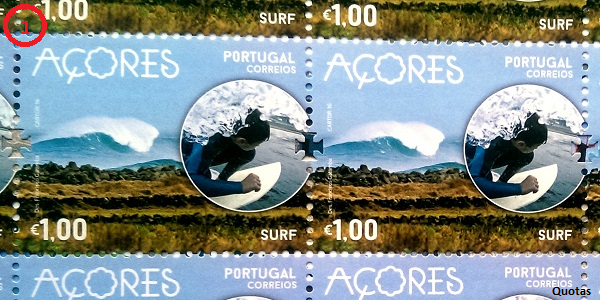 Today, we received stamps from the westernmost country of the European mainland, Portugal. This country attracts a large number of people from across the globe with its numerous golden beaches, making it one of the most famous travel destinations in Europe. While a good amount of the world population knows about Lisbon and Porto and Lagos, we see the stamps below promoting the lesser known Açores. Açores (or Azores) is one of the autonomous regions of Portugal and an archipelago of volcanic islands. The picture number 1 shows stamps with a surfer in a backdrop of the beautiful blue waves depicting the surfing attraction in these islands. 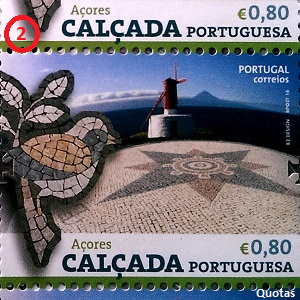 The picture 2 on the other hand, has a stamp entailing a photograph shot in a thin long island in Açores, named São Jorge. The picture intends to bring attention to the concept of Portuguese mosaic sidewalk known as Calçada portuguesa. It represents the use of unevenly shaped stones to make patterns that were previously used to pave sidewalks. A more advanced use of this technique developed over time to make decorative patterns and an example can be seen in the stamp.

This entry was posted in General and tagged portugal, Stamps